Many of the NPCs in the world of Yore have tasks and quests for you to complete, often to rich reward. Though talking to them and having particular items on you at a given time the NPCs will ask you to complete these tasks: 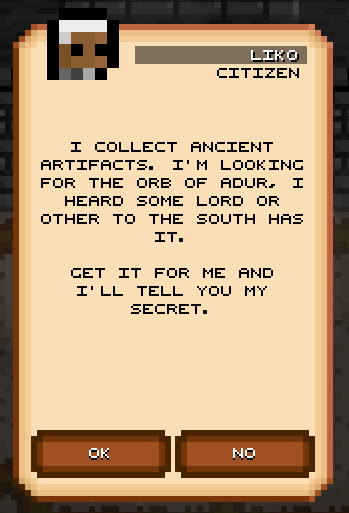 To see which quests you have taken on you can click the scroll in the bottom right of the screen.

The list of quests tell you the task at hand and who to return to once the quest is complete. There is also the option to use hints to the quest which in most cases will give you a bit of help on the current step in the quest. 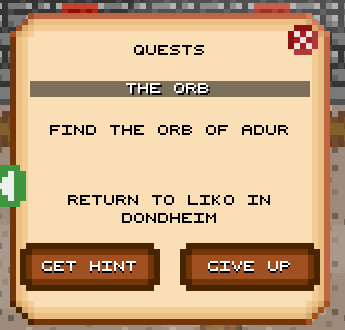 The world of Yore is littered with books each of which tell the tales of the world. This books and notes often include information that will allow you to ask the people of the land about topics which may in turn start quests.

Once a quest is completed return to the appropriate NPC for the reward. Sometimes this will simply be keeping a quest item, sometimes there will be a separate reward and then other times there may be new areas of the world open to you through completing the quest. 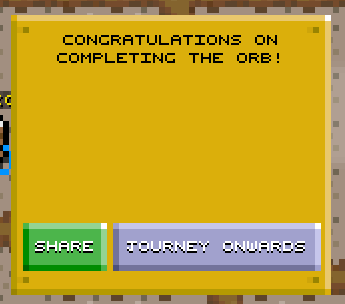 There are places and quests in the world where you must work as a team to move foward. To work together you must form a party with others in game and complete actions together.

To start a party use the following command in the game chat:

The other player will see an invite message in their chat. To accept a party invite use the following commmand:

If you have multiple invites.

Only the person who originally created the party, the party leader, can invite additional people into the party. Once you've joined a party you will see the heads of the other party members and their hit points bar appear in the top right of the screen.

When playing together you share gold amoung the party. Any items found are duplicated between party members where appropriate. Finally, a party that kills an enemy all get the credit of the kill assuming that all party members are reasonably close to the kill.