Abilities are specific actions a particular hero can take based on their skills. This abilities can be learnt, once the appropriate skill level is reached, from various NPCs in the world with the "Train" option. Each ability uses up a specific attribute to perform, as described below. 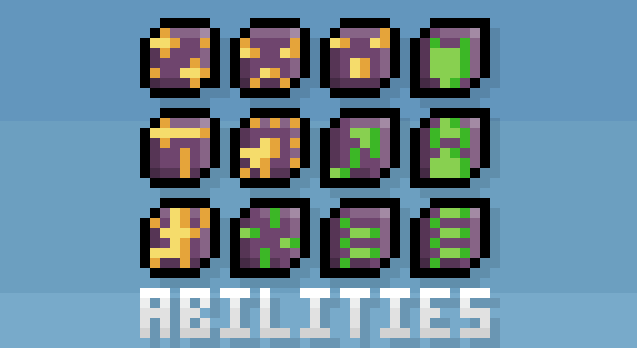 Melee abilities represent those learnt while training in swords or maces. They're generally about extreme force or anger. Melee abilities are powered by rage. Rage goes up every time you are hit and diminshes over time. Drinking mana and focus potions can also reduce rage.

Once the right amount of rage is achieved abilities like Stun, Berzerk and Decapitate can be used.

Ranged abilities represent those learnt while training in archery or throwing. They're generally about calm, focus and dexterity. Ranged abilities are powerd by focus. Focus comes from standing still and shooting. It is destroyed by being taken hit (unless it's being protected). Drinking mana and rage potions can also reduce focus.

Once the right amount of focus is achieved abilities like Sneak, Sharp Shot and Momentum can be used.